Posted in Company Secretary and Corporate Administration By mishudashPosted on December 29, 2019January 27, 2020

There are several types of directors in Malaysia and here are the requirements to be a director.

A director shall be a person who is at least 18 years of age.

A person who has been adjudicated a bankrupt and has not been discharged from his bankruptcy cannot hold office as a director or take part in the management of the company. It is immaterial whether he was made a bankrupt within or outside Malaysia.

However, in any case, a bankrupt may be appointed or hold office only with the approval of either the Official Receiver or the court.

3. He is not a convicted person

A person who has been disqualified as a director on the ground that he has been convicted of certain offences may not hold office as a director or take part in the management of the company.

The prohibition period is 5 years calculated from the date he is convicted, or if he is sentenced to imprisonment, 5 years from the date of his release from prison. Nevertheless, he may be re-appointed or hold office as a director with the court’s approval.

4. He is not restrained by the court

A person may also be restrained from being a director by the court. The Registrar of Companies may apply to the court to restrain a person from acting or holding office as a director or promoter or taking part in the management of a company on the ground that the person’s conduct as a director of the insolvent companies makes him unfit to take part in the management of any company. The court may grant the restraining for a period not exceeding 5 years starting from the date of the court order. The court may also restrain a person who has breached his duties as a director from holding office as a director.

5. He is not an auditor of the company

6. He is not unsound mind

A person who is of unsound mind or suffers from mental disorder within the meaning of the Mental Health Act 2001 is disqualified from being a director of a company.

7. He is not prohibited by the constitution of the company

8. There is no specific academic or professional qualification required

It is not a requirement for a director to have any specific academic or professional qualification.

How to be a director?

A person must have consented to be a director of the company as well as fulfilling all the factors listed above. Some directors are appointed when the company is incorporated. However, others may be appointed by ordinary resolution and by the board of directors.

We understand how it might be a hassle to source for a reliable local partner without the proper local connections prior to entering into the Malaysian market. MISHU provides nominee director as a temporary convenience to you as search for one. 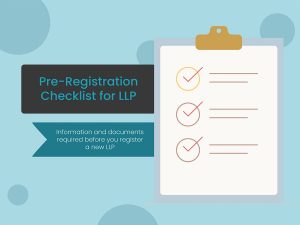